A Picture Is Worth A Thousand Words

on May 02, 2020
A while ago on one of my trips to Tellicherry, I brought back to Bangalore a bunch of old photo albums. Some of them I was familiar with from my growing up years in Hyderabad. Others I discovered as an adult after my parents moved back to Banker Nivas - Dad's home in Tellicherry. 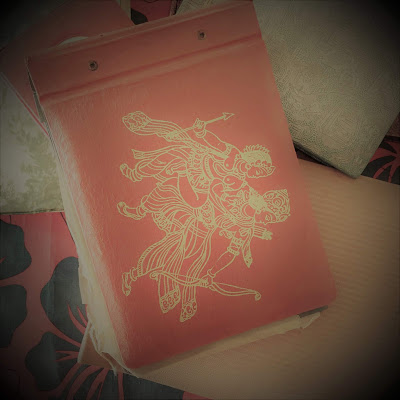 And now, with Papa's passing away, there's a sense of urgency. So I bought a scanner, fished out the albums and began scanning away. I dedicate an hour a day. I shut myself up with my laptop, scanner and the target album. I realize that this is going to take a while. Several hours of dedicated scanning and I'm only less than a quarter through my first album. Several more sheets to go. Several more albums to go. This better be worth it!

In the meantime I find the process meditative. Probably because it's repetitive, manual work. Like pottery but way less messy. Meditative notwithstanding Mummy's frequent interruptions. She knows no barriers: I'll be deep inside the album, when she'll troop along. Hover over me. Point at some picture. Give me a detailed biography. And keep at it until I shoo her away.

It's also thought provoking. Photography is an intriguingly whimsical aspect of humanity. From the earliest rock paintings going back thousands of years to the selfies of today, man has always felt the need to create a visual record of himself and the world around him. Think about it. Life would not have been easy for early man. Hiding in caves, hunting for food, trying not to be eaten by someone else. And in the midst of all this, some dude had the time - and the need - to mix up some pigments and paint on a rock. A shout out to a world as yet to come: This is us!

Years later when photography was invented, it didn't take long to reach India. Though ofcourse we took to it like ducks to water, early photography in India didn't start out benign. It began as an accessory to the Colonial Project. A tool for the White Man - burdened as he was with a millennia of Orientalism - to study, analyze and catalogue the brown masses that he ruled over. That was not to last. Trust us Indians to appropriate photography, inverting the gaze, making it our very own: we would now choose to show what we we wanted the world to see, and boy did we show! From landscapes to sports and picnics, from the emerging urban middle classes proudly showing off themselves and their possessions, to a Maharaja of Jaipur - an early pioneer of photography in India - who gleefully took pictures of his many wives. Aristocratic Rajput women who were under purdah with their faces never uncovered in public. Incidentally this Maharaja didn't stop at mere portraiture. He went on to take pictures of himself having sex with his various wives. Probably one of the earliest instances of cameras used for pornography in India.

A lot of these pictures were studio portraiture. Cameras were expensive - only the elite could afford them. For the rest taking a picture meant a trip to the nearest studio wearing one's best attire. With family. One sees so many such pictures: proud parents confidently gazing straight ahead with fidgety kids who would much rather be elsewhere. Everyone posing. Candid shots were not really a thing. We have come a long way since then. These days the posed studio portrait is probably only sustained by the wedding business and the infant children that follow. However what's not changed is our need to take a picture to shout out to a world as yet to come - This is us!
Why?