The Dragon On Our Walls 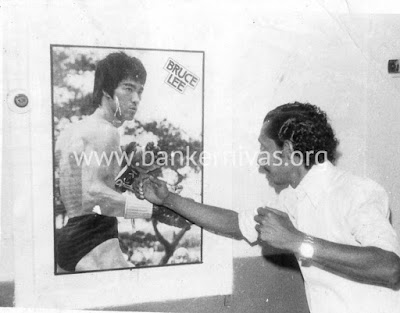 Posters of 'Super stars' have forever been around on our walls.

In India they tended to be movie stars - Hollywood, Bollywood and the vernacular movie industries; at some point singers were added to the list and in later years even sports stars - primarily football, tennis, cricket and F1.

However in the Movie space, outside of Indian actors, the people we put up on our walls tended to be American. And often White, unlike in the Music space where Boney M. and later Michael Jackson came along.

Bruce Lee was probably the first Asian (non-Indian) Star to break onto our walls. In later years we would have Jackie Chan and even Jet Li. But the others didn't quite catch our imagination as Bruce Lee did.